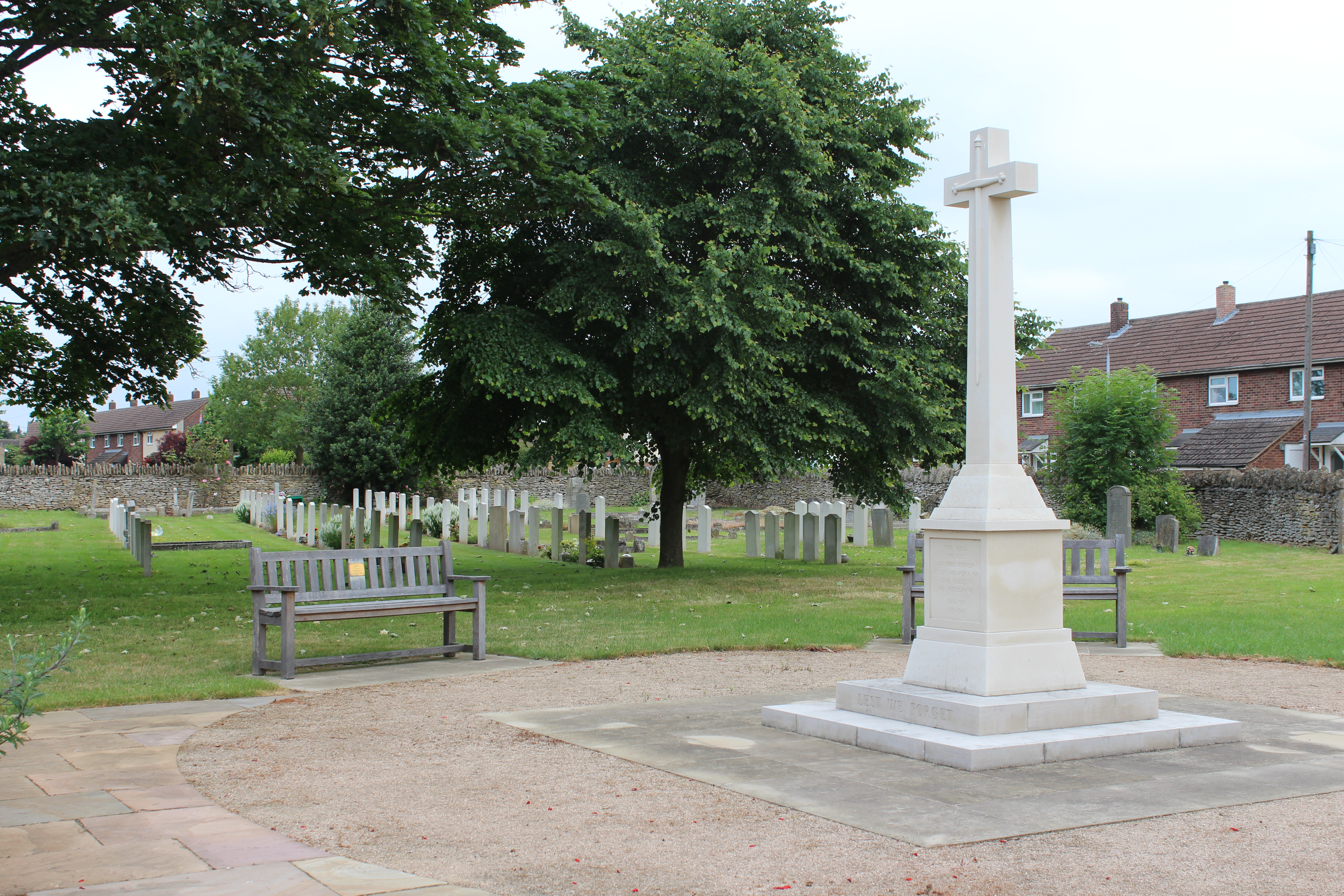 A new memorial to the fallen of Wittering village and Royal Air Force Wittering was formally dedicated in a service at All Saints church in May 2016. Air Chief Marshal Sir Stephen Hillier, Chief of the Air Staff (designate), joined personnel from RAF Wittering, members of Wittering Parish Council, and residents of the village at the thoughtful service which marked the beginning of the station’s centennial.

Crafted entirely of stone the new memorial is dedicated to those from the station and the village who have made the ultimate sacrifice since the First World War. Former station commanders attended the service, including Air Vice Marshal Richard Knighton and Air Commodore Damian Alexander.

A brass quintet provided background music for the service of dedication, notably playing the theme from TV series ‘Band of Brothers’. The service was punctuated as the shape of the Spitfire overflew the churchyard. Group Captain Richard Pratley, station commander at RAF Wittering, said: “Air Chief Marshal Hillier’s presence shows us just how deeply the Royal Air Force feels about the sacrifices made by the fallen, and how seriously it regards the relationships with our nearest neighbours.”

Reverend Sqn Ldr David Haslam, RAF Wittering chaplain, and Rev Dave Maylor, rector of All Saints in Wittering, led the combined service of dedication and gave thanks for the constructive bond between Wittering village and the station. Second World War RAF Wittering veteran William Moore (92) attended the service. He said of the village: “We always got on well with the local people, and that is also a great help. And I can assure you that, if we had anything that went wrong, they were the first to help out.”

The Wittering Parish Council comprises nine voluntary Councillors who represent a resident population of around 2,000 and they are supported by Representatives of the Royal Air Force. Residents are welcome to attend the Council meetings at which they can ask questions and contribute to the public participation section of the Parish Council meeting.

All Enquiries to the Clerk to the Council
Mrs Deirdre McCumisky
Telephone: 01780 782 668
clerk@witteringparishcouncil.com